Meanwhile in the break room… 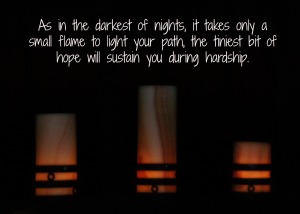 This week’s Wednesday’s Wild Chronicles leads us to one of the most improbable conversations I ever had at work, one that threw me for a loop for weeks to come.

Throughout our struggle through infertility one question that often popped in my head was, “Why did God give me such a strong desire to become a mother if he did not intend that for my life?” Month after month, failure after failure, I would pray for God to remove my desire to become a mother. It hurt too deeply to be filled with such a deep longing, watching every month go by.

Years later, I can honestly say I believe God gave me such a strong yearning because he knew that was what it would take for me to be willing to push through the pain and keep fighting. Had I had less of a desire, I would have probably given up on our journey when the first expectant mother choose to parent. The pain we were left with was crushing.

As I talked about in last week’s post, I had the fortune of our week of church camp occurring shortly after we found out about our loss. Returning from camp, I was revitalized and ready to get back into the swing of life, putting our grief behind us. Little did I know there would be no putting our grief aside.

The week I returned to work I was pulled into the break room by a co-worker needing to discuss something with me. She was hesitant, but I was completely unprepared for what she needed to ask me.

Her niece was young, still in high school and was about 8 weeks pregnant. She was considering adoption. My co-worker wanted to know if we were interested.

Interested?!? I was ripped in two. A large part of me screamed “Absolutely not!” I was never going through such a devastating circumstance again. But, deep down there was that small voice of reason that knew the only way I would ever hear a child call me “mom” was to wade through all of this pain and risk my heart being broken all over again. I remember returning to my desk shaking, unable to process what had just happened. Saying yes to this opportunity was going to take enormous courage.

I went home that night and discussed it with C. In some ways it was one of the hardest decisions we’ve ever faced and yet, the easiest. I know that sounds very conflicting. It was difficult because we knew what we were up against and knew we had to lay our hearts on the line all over again. But, on the other hand, what choice was there to make? If we wanted to be parents, this was what we had to do.

Our decision was to give my co-worker the information for the agency we had been working with. If her niece was serious about making an adoption plan, she had to make plans with the agency first before we would be willing to meet her.

Armed with the information in hand, I approached my co-worker the next day and explained our plan. We called the agency and let them know the circumstances and they agreed to call us if they heard anything.

We were back to waiting again…